Murder In The Dark 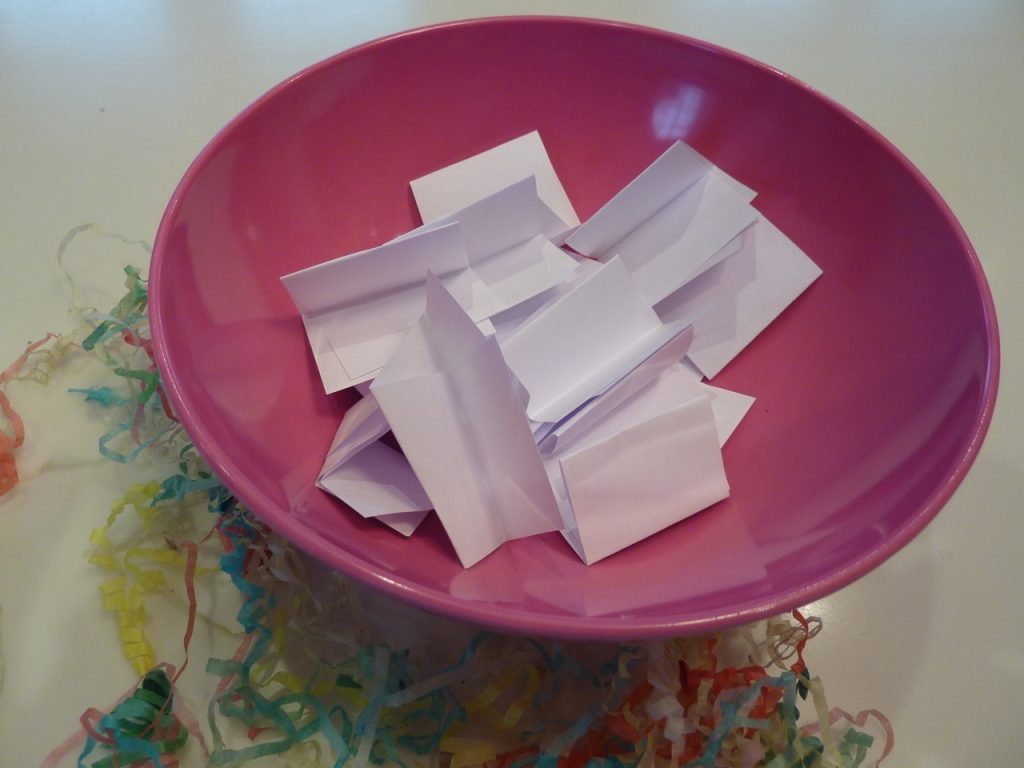 Nominate murderer, detective, suspects.
Lights off. The murdered taps people to "kill" them. When the detective is killed lights go on.
The detective decides who the murderer was.

It’s loads of fun and funny! This old favourite works well for kids of most ages, from about 5 upwards. It's also a great party game for sleepovers for pre-teens. It's even been tried at Christmas.

Make enough slips of paper for 1 each.
On one write “murderer“, on another write “detective“, and on all of the rest write “suspect“.
Put the slips in a bowl and let people take one each. You cannot reveal to anyone what you are.

Someone counts to three and turns off the lights. The game begins.

The murderer finds people and taps them on the shoulder. If you are tapped on the shoulder and are a suspect, simply fall to the ground, making dying noises.

If you are tapped and you are the detective, you say “detective is dead“. When the detective is killed, the lights go on. All dead suspects must pretend to be dead, and even the murderer himself can play dead.

Be sure to play this in a room where no one will bump into any sharp things.

To make it easier for young detectives, people can call out "Murderer, murderer" when they are killed.

Do it in a small place, like a bathroom or if you have a walk in closet. Everyone knocks into each other and its pretty fun!

Version 1 The detective goes out of the room while the murder happen. Later everyone has to make up an alibi. The detective ask what you were doing at the time of the murder. Make up silly answers. That way the detective can have a better chance at guessing by seeing how guilty you look or whether you smirk or giggle when answering!

Version 2
You have no detective. When someone stumbles on a dead body they call a town meeting and all the living people vote for the murderer. If you're wrong the game continues.